Senior Solicitor Keith James from our Mental Health Department tells us about the department and gives insights on Mental Health reforms.CJCH Solicitors have the largest Mental Health Law department in South Wales. We also have a contract to conduct work in the South West. The work involves many challenges including assisting vulnerable clients on a daily basis. We represent clients throughout South Wales and the South West at around 56 hospitals and units. What often strikes us is the lack of understanding in the community and amongst the general public about mental health. Recently, Prime Minster Theresa May gave a keynote speech identifying the need for reforms which particularly focus on young people and their mental health needs.

The Prime Minster was particularly keen that institutions should tackle the stigma around mental health with a focus on children and young people. Additional training for teachers, an extra £15m for Community Care and improved support in the workplace were measures announced by May in her speech. 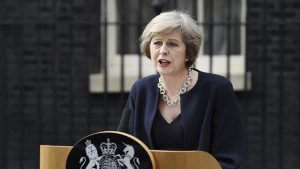 One in four people at some point in their lives are believed to have a mental disorder and the cost to the country is believed to be around £105 billion per year. The focus on young people is particularly relevant as half of all mental health problems are believed to start by the age of 14 and 75% by 18. May said she felt mental health had been “dangerously disregarded”.

As part of the reforms all secondary schools will be offered mental health first aid and training. There will be a review of improving support in the workplace and attempts to strengthen links between schools and NHS Specialists.  Staff, employers and organisations will be given training to support staff amongst various other changes. The focus is to raise the profile of mental health and try to achieve true “parity of esteem” with physical health.

To get in touch with our highly experienced Mental Health team please contact healthlaw@cjch.co.uk