At CJCH, we have established ourselves as world leaders in an industry which is still gaining public awareness and understanding. As a Firm, we have developed an innovative and systematic approach to not simply identifying an incident of software piracy, but to manage that process through the full lifecycle of enforcement to licence compliance and the recovery of lost revenue for our clients, the copyright owner.

Terms such as “anti-piracy” and “licence compliance” might seem to be counter-intuitive, but in reality, are quite straight forward. Anti-Piracy is the process of instituting countermeasures to piracy. In our industry, piracy does not mean eye-patches and cannon battles at sea. Rather, it refers to the reproduction or unauthorised use of someone else’s work or innovations.

Physical copyright infringement, such as reproduction of clothing, is commonly known as counterfeiting. When it comes to the digital arena, such as computer games and software, we refer to this as piracy.

“Licence compliance” is a term used to describe the process which follows on from the identification of infringement activity. The licence is the right the software developers give to the users which allows them to use the product they have developed in a specific way or format. These details are usually outlined in a “ULA” or user licensing agreement. Terms will vary depending on the developer, but any user who uses these products is agreeing to these terms when they install and/or use the software. The terms usually include the number of times the product may be installed on a device or number of devices it may be installed on. They may also relate to the number of users who may use a single licence, the location the licences may be used in, or the primary function the licence may be used for, i.e. personal, academic, or commercial use.

Therefore, licence compliance is the process by which the owner of the copyright takes action to enforce their copyright and require an unauthorised user (someone who is using a fake, copied, or cracked version of their product without paying for it) to pay for the licence and usage that they have benefitted from.

What is a Raid?

In a field shrouded in misperceptions and deception, we often come across infringements that, for various reasons, such as the scope of the violation, require a more direct and tactical intervention – an on-site inspection ordered by a law-enforcement authority (often informally referred to as a Raid).

As mentioned above, copyright infringements constitute a violation of intellectual property rights. Due to the intangible nature of computer programs, there are mechanisms which allow for software infringements’ traces to be easily hidden or deleted by the infringer. This makes it very difficult for the right holder to enforce their rights and consequently could result in the infringer being able to avoid liability.

An on-site inspection is an approach we use which helps to avoid these risks. An unexpected inspection on the premises on the infringer, ordered by a law-enforcement authority enables the right holder to obtain and/or secure the evidence of the software infringements currently being used and has proven a very effective remedy. 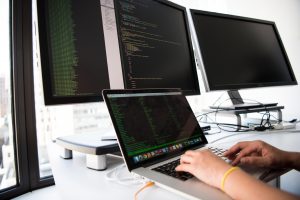 How can this be implemented?

Around the world, the legislation of various nations usually provides the possibility to obtain an ex parte / Inaudita parte order (meaning it is in the interest of one of the parties to the matter) for the inspection which will be granted by the relevant authority (court, prosecutor, police…) depending on the jurisdiction. Once this order is obtained, and following the regulations of that particular jurisdiction, an inspection is conducted, usually under the supervision of local law enforcement, to inspect the premises of suspected infringements.

Access to the premises is granted, by order of the authority, and the inspection is carried out. All computer devices and IT equipment are inspected, and evidence of unlicensed software use is gathered/or preserved.

On-site inspections are a legal process which we manage on behalf of our clients and is a service which has allowed many of our clients to expose large volumes of unlawful use of their products which have been stolen from them.